This past November, I went on a solo road trip throughout the desert in Southern California.  I camped most nights, and since it was winter and got dark early, I had lots of time to contemplate the desert at night.  One of those nights I stayed at a near-deserted campground in Mojave National Preserve, where I met Craig and Bonny.

I stumbled upon them, amongst the junipers and the sagebrush, right as the sun was setting beneath the yellowed cliffs. I was on my way to the highest point to photograph this, my first sunset in the desert, when they tumbled out from a campsite, their cheeks pink in the cold, arms full of firewood. “Ahoy! Would you like some firewood? We found it in this campsite! Someone just left it, can you believe it?” Their eyes were bright with their good fortune. Instead of accepting the firewood, I instead accepted an invitation to dine at their campsite that night. 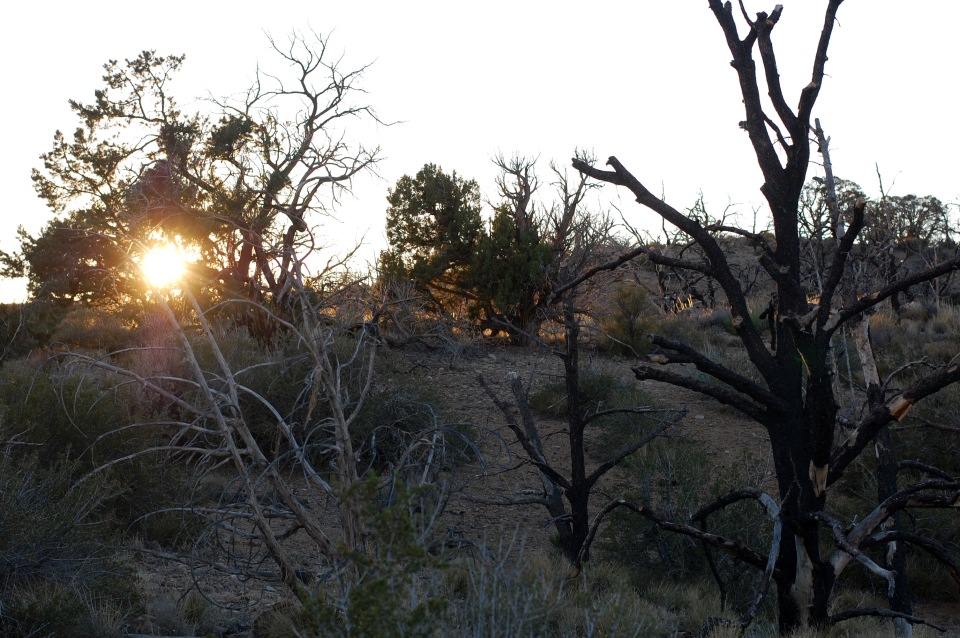 They had a healthy fire roaring in the fire pit and several pots and pans in various states of being heated on their vintage camping stove. They offered me multiple varieties of libations (I went with a few fingers of red wine in my red speckleware mug) and we stood over the fire as the food was cooking. It was shockingly cold at 5,500 feet and their site edged up against an open stretch of desert that expanded almost seamlessly into the open, starry sky, with only the fire between us and it.  They talked, excitedly, for almost three hours, barely touching the food as it came off the fire, but somehow keeping the level of wine in my mug steady despite my constant sipping.

They loved the desert, and they loved camping. They’d both recently retired, and they dreamed of starting a camping outfit, taking tourists and new campers and lapsed outdoorsy folks to their favorite camping spots, cooking them gourmet meals at night and teaching them about the flora and fauna of the desert during the day (“we’re practicing on you,” they said, “you’re our first client!”). Much of their camping revolved around their volunteer work, monitoring protected habitats of the endangered desert tortoise. They were required to write up their findings in a report. Their supervisor, they told me, had praised them for the extremely high quality and level of detail in their reports; they were told their reports were better than masters theses.

It was cold and I was tired and we never sat down, we just stood around the fire eating with our fingers from plates held up to our chests.  By the end of the night the wine in my mug had taken on a smoky cast, from the campfire, reminding me just how good a warming drink next to a fire can be, and how much better it tastes than anything at home.  This sangria is my homage to Bonny and Craig, to the cheap Trader Joe’s wine they so generously served me, and to wine in camping cups next to campfires, especially those in the desert. 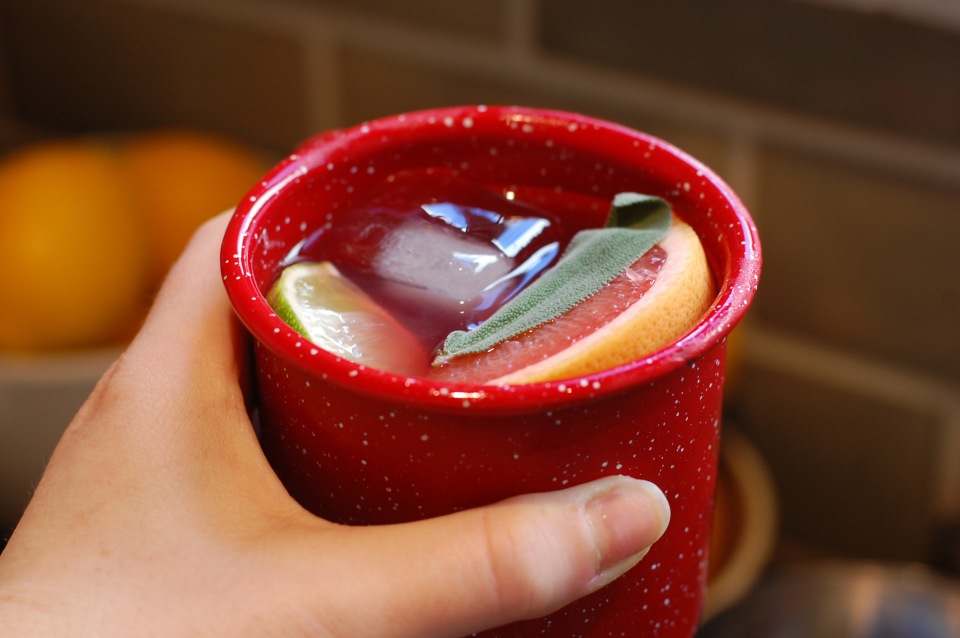 To make the simple syrup, combine the water, sugar and sage leaves in a small saucepan.  Bring to a boil and then remove from heat and let sit for about an hour.  After the hour, remove the sage leaves and cool in the fridge.

To make the sangria, combine all the ingredients in a mixing glass with ice, then stir.  Strain into a glass.  Garnish with lime and grapefruit wedges and a sage leaf.  You can also make this ahead and bottle to take camping with you! 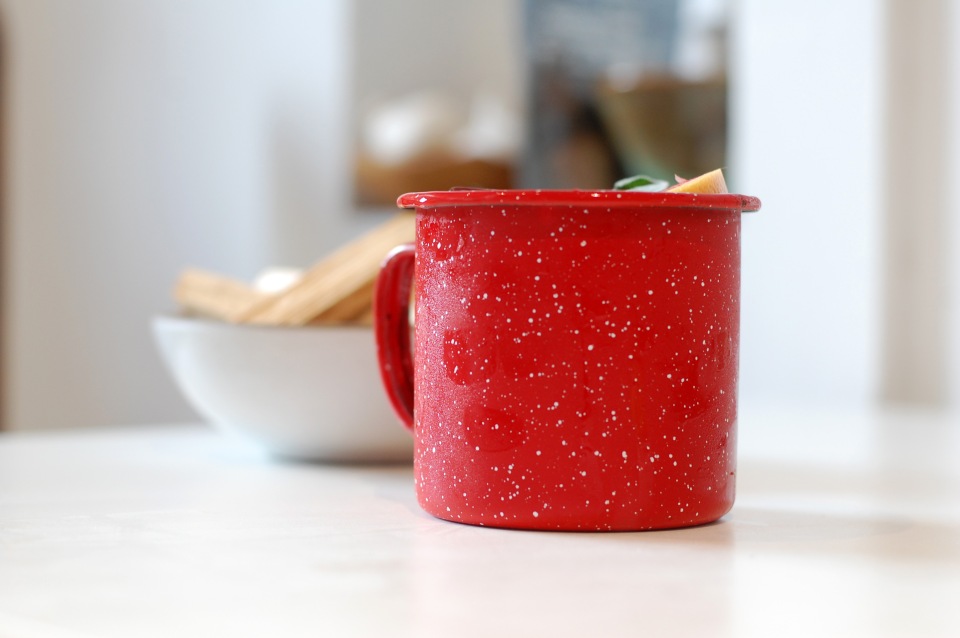 Or, you can stay home and burn some Palo Santo and sage.  It’s almost the same.